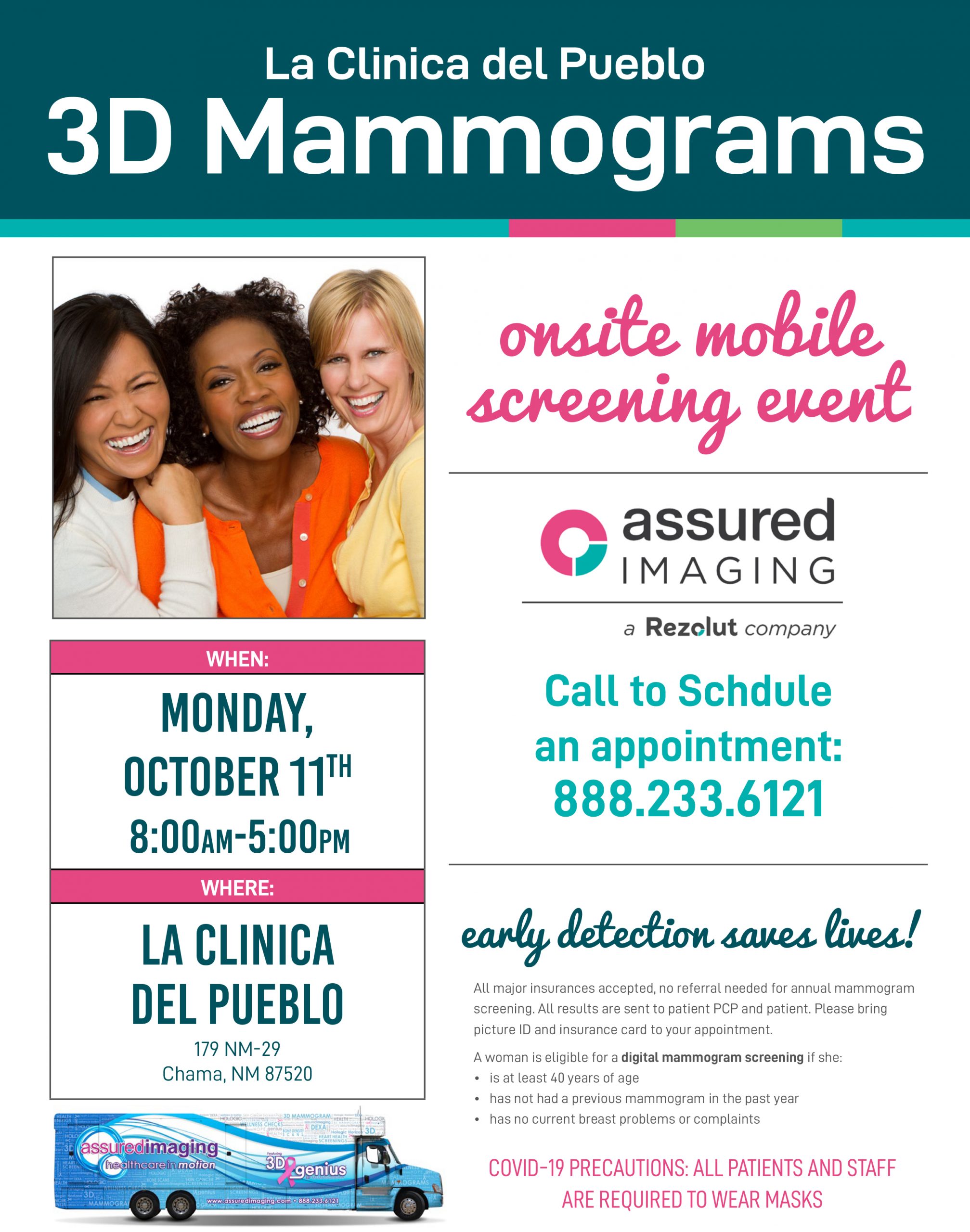 A 3D mammogram (breast tomosynthesis) is an imaging test that combines multiple breast X-rays to create a three-dimensional picture of the breast.

A 3D mammogram is used to look for breast cancer in people who have no signs or symptoms. It can also be used to investigate the cause of breast problems, such as a breast mass, pain and nipple discharge.

The 3D mammogram is becoming more common, but it isn’t available at all medical facilities.

A 3D mammogram is used as a breast cancer screening test to look for breast cancer in people with no signs or symptoms of the disease. It can also be used to investigate breast problems, such as a suspicious lump or thickening.

When used for breast cancer screening, the 3D mammogram machine creates 3D images and standard 2D mammogram images because both types of images have some advantages in seeing certain breast abnormalities.

Combining a 3D mammogram with a standard mammogram can:

A 3D mammogram is a safe procedure. As with every test, it carries certain risks and limitations, such as:

To prepare for your 3D mammogram:

What you can expect

At the testing facility, you’re given a gown and asked to remove any necklaces and clothing from the waist up. To make this easier, wear a two-piece outfit that day.

For the procedure itself, you stand in front of an X-ray machine equipped to perform 3D mammograms. The technician places one of your breasts on a platform and raises or lowers the platform to match your height. The technician helps you position your head, arms and torso to allow an unobstructed view of your breast.

Your breast is gradually pressed against the platform by a clear plastic plate. Pressure is applied for a few seconds to spread out the breast tissue. The pressure isn’t harmful, but you may find it uncomfortable or even painful. If you have too much discomfort, tell the technician.

Next, the 3D mammogram machine will move above you from one side to the other as it collects images. You may be asked to stand still and hold your breath for a few seconds to minimize movement.

The pressure on your breast is released, and the machine is repositioned to take an image of your breast from the side. Your breast is positioned against the platform again, and the clear plastic plate is used to apply pressure. The camera takes images again. The process is then repeated on the other breast.

The images collected during a 3D mammogram are synthesized by a computer to form a 3D picture of your breast. The 3D mammogram images can be analyzed as a whole or examined in small fractions for greater detail. For breast cancer screening purposes, the machine also creates standard 2D mammogram images.

A doctor who specializes in interpreting imaging tests (radiologist) examines the images to look for abnormalities that may be breast cancer. If the radiologist sees anything unusual, he or she will use your standard mammogram and any older mammogram images that are available to determine whether additional testing is needed.

Additional tests for breast cancer may include an ultrasound, an MRI or, sometimes, a biopsy to remove suspicious cells for testing in a lab by doctors who specialize in analyzing body tissue (pathology testing).

A bone density test determines if you have osteoporosis — a disorder characterized by bones that are more fragile and more likely to break.

The test uses X-rays to measure how many grams of calcium and other bone minerals are packed into a segment of bone. The bones that are most commonly tested are in the spine, hip, and sometimes the forearm.

Doctors use bone density testing to:

Bone density tests differ from bone scans. Bone scans require an injection beforehand and are usually used to detect fractures, cancer, infections, and other abnormalities in the bone.

Although osteoporosis is more common in older women, men also can develop the condition. Regardless of your sex or age, your doctor may recommend a bone density test if you’ve:

Limitations of bone density testing include:

Bone density tests are easy, fast, and painless. Virtually no preparation is needed.

Be sure to tell your doctor beforehand if you’ve recently had a barium exam or had contrast material injected for a CT scan or nuclear medicine test. Contrast materials might interfere with your bone density test.

Avoid taking calcium supplements for at least 24 hours before your bone density test.

Wear loose, comfortable clothing and avoid wearing clothes with zippers, belts, or buttons. Leave your jewelry at home and remove all metal objects from your pockets, such as keys, money clips, or change.

What you can expect

Bone density tests are usually done on bones that are most likely to break because of osteoporosis, including:

If you have your bone density test done at a hospital, it’ll probably be done on a device where you lie on a padded platform while a mechanical arm passes over your body. The amount of radiation you’re exposed to is very low, much less than the amount emitted during a chest X-ray. The test usually takes about 10 to 30 minutes.

A small, portable machine can measure bone density in the bones at the far ends of your skeleton, such as those in your finger, wrist, or heel. The instruments used for these tests are called peripheral devices and are often used at health fairs.

Your bone density test results are reported in two numbers: T-score and Z-score.

Your Z-score is the number of standard deviations above or below what’s normally expected for someone of your age, sex, weight, and ethnic or racial origin. If your Z-score is significantly higher or lower than the average, you may need additional tests to determine the cause of the problem.

This site uses Akismet to reduce spam. Learn how your comment data is processed.